The Invisible Barrier in Coaching 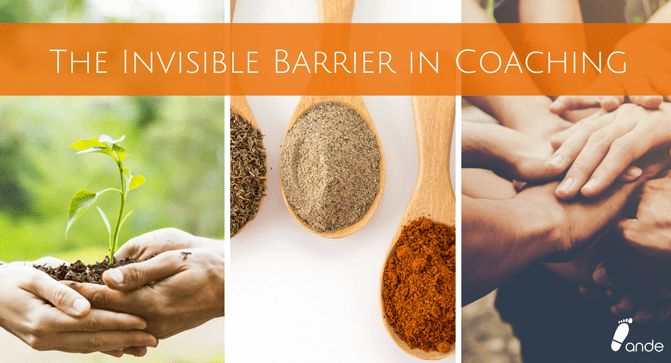 Our brains are wired to recognise patterns quickly. So, we are predisposed to categorise things to help patterns occur. Throughout the world, racial, cultural, and ethnic differences are used to place people into different categories. Once we categorise people in this way, we automatically assume that they have the essence of this category. Many great models help us categorise people in countries and therefore in behaviours; as a result, we have manuals on how to “handle” people who are different from us. (See box below)

Several dozen cross-cultural experts have proposed such dimensions. None has yet succeeded in capturing the whole field. The best-known models are: Edward Hall, who classified groups as mono-chronic or poly-chronic, high or low context and past- or future-oriented. Kluckholn saw five dimensions – attitude to problems, time, Nature, nature of man, the form of activity and reaction to compatriots. Hofstede’s 4-D model looked at power distance, collectivism vs individualism, femininity vs masculinity and uncertainty avoidance. Later he added long-term vs short-term orientation. Trompenaars’ dimensions came out as universalist vs particularist, individualist vs collectivist, specific vs diffuse, achievement-oriented vs ascriptive and neutral vs emotional or affective. Tönnies dwelt on Gemeinschaft vs. Geselleschaft cultures. The Lewis Model is the latest to gain world-wide recognition, being developed in the 1990s and articulated in Richard Lewis’s blockbuster, When Cultures Collide (1996), which won the US Book of the Month Award in 1997. After visiting 135 countries and working in more than 20 of them, Lewis came to the conclusion that humans can be divided into three clear categories, based not on nationality or religion but behaviour. He named his typologies Linear-active, Multi-active and Reactive. (Source) To the above, I would add some of the latest ones: Erin Meyer, Culture Map P. Rosinski, Coaching across cultures
In my opinion, all these models are based on Hofstede and Trompenaars’ work. Some use the word ‘framework’ others prefer to use ‘dimensions’. These studies based on the distinctions they have quantified from different countries and behaviours, putting people into country-related behaviour boxes. A kind of “how to handle people from [country] and what to expect” manual! While these models are sound, scientifically based on several types of research and principles and, I used them too, I have two difficulties with them. My problem number one is that I do not fit in any of the models. I am sure if I would ask people with a multi-cultural background, like TCK’s (Third Culture Kids), children from refugees, migrants and even expats they will feel the same uneasiness I think: that of putting us in frameworks and dimensions that have not taken into consideration our multi-cultural experience and make up. This leads to my second problem: these models do not look at individuals but the masses and give too much fire-wood for people to sustain assumptions and biases.

The fallacy of the one-size-fits-all

When I lived in Italy, people put me in the Dutch box, as I have a Dutch passport (notice I do not say citizenship). Because I am Dutch, it was assumed that, naturally, I spoke several languages, was punctual (linear dimension), thinking only about myself (individualistic dimension) and not breaking the rules for the fun of it. Nothing farther from that! I drove like an Italian, always on time, favor rice over potatoes, believe rules are made to be bent (multi-reaction dimension) and have the natural urge to connect people so they can solve problems and have fun while doing it (reactive dimension). All these behaviours are innate to me. I picked them up within the first 18 years of my life! Looking at Hofstede or Lewis’ dimensions, or Rosinski’s framework I ask myself where do I fit, and with me, possibly, millions more? Moving to The Netherlands was a challenge after having lived in 10 different countries, not only for me but also for my environment. My family saw me as Dutch since my parents were Dutch. My colleagues had no clue how to describe me – Dutch passport, Dutch looks but there stopped the resemblance. My Dutch was not good at all, as I picked it (literally) up at home in Venezuela, never studied it, and the family had created our language – “pasame la shu” (pass on the gravy) or “estamos walkando” (we are walking) or “hoy estaba talking to a client toen de hond binnen kwam…” (I was talking to a client when the dog walked in). My expectations of the Dutch – always punctual, the client is king, friendly, multi-language – were tested many times. The “Dutch” I had met in my travels were not behaving the same way my compatriots in Holland did. What an identity crisis I was experiencing! I realised that when travelling, I would always say I am Dutch. It gave me a certain standing and respectability. People would accept my logic as the right one. How could I be wrong, coming from a developed country? I admit I made good use of the situation. Being in Holland, I felt for the first time unsafe; a colleague thought he had the right to pinch my behind (when I complained to the HR manager, they bought me out rather than addressing the situation) something that never happened to me in Latin-America or Italy. As a reflection, this paragraph shows tons of assumptions and biases.

I believe we all need to step out of the idea that culture equals countries. The aim of relating people to a country should make it easier to “handle” others while positioning ourselves too. The result is that people start handling others based on rules of conduct that might not be the right ones, also helps to fire up fears, insecurities, unsafe feelings, and thinking. I mean, we handle from a bias rather than from the individual we have in front of us. Would it not be great if we start seeing people from a safe and trusting place where we, as individuals, relate to other individuals? For years, albeit more intuitively in the beginning and now in awareness mode, I have been working from out this principle: create an environment based on safety, trust and presence. These elements are also the three most crucial core coach competencies in any of my coaching sessions. The STP Approach© (safety, trust and presence) is based on relating to others from our norms, values, beliefs and experiences, and not on pre-conceived ideal pictures.

Culture, the invisible barrier in coaching and leadership, affects relationships, teamwork communication and performance. The STP Approach is a model that supports diversity and inclusion, understating, improves communication skills and teaches how to connect with others. The STP Approach is based on creating safety, trust and presence from one’s norms and values and then shaping our beliefs and behaviour. When we map our values and know how to manage them, decisions are taken from a personal point of view, developing right communication skills, connecting with anyone at an equal level and strengthening relationships becomes a way of life. When team members understand and support each other, good-will becomes a natural process, creativity increases and communication goes smooth. We need to start looking at norms and values being the driving force.

Imagine how much easier, and profitable, life would be…

…if you could communicate effectively with anyone – regardless of where they come from.

Edmée is a Professional Certified Coach (PCC) and a Certified Mentor Coach with over 15 years of broad international experience supporting coaches to prepare for ICF certifications and individuals with their personal growth. Her trademark course International Mentor Coach Training Program: Going Beyond Models has received enthusiastic reviews from its participants.